US steel exports decline by 5 percent in 2014 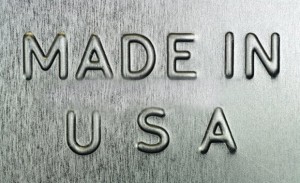 According to AIIS Statement 6 February 2015. Steel exports fell slightly from November to December, capping off a 5 percent decline for the year.
The 2.6 percent drop for the last month of 2014 largely resulted from decreases in exports to the United States’ North American Free Trade Agreement (NAFTA) partners. Exports to Canada dipped 2 percent to 469,939 net tons, while exports to Mexico fell 4.5 percent to 334,968 net tons. Canada’s total was nearly unchanged from last December, while Mexico’s was up 12.5 percent.
Exports to the European Union, the third-largest buyer of American steel,increased 11.4 percent to 24,223 net tons, 17.5 percent more than in December 2013, while exports to Brazil jumped nearly nine-fold to 18,889 net tons, more than 4½ times the total from a year earlier.
Canada’s 6.39 million net tons of steel purchases accounted for more than half of the12.04 million net tons of United States exports in 2014, and a 4.9 percent decline in exports to Canada last year accounted for about half of the overall 5 percent drop from the previous year. Exports to Mexico, though, increased 3.4 percent during 2014 to 4.17 million net tons. The E.U. reduced its purchases of American steel by 9.5 percent to 334,457 net tons, while Brazil increased its total by more than 15 percent to 103,930 net tons. Exports to China also increased by about 15 percent to 111,149 net tons.
Considering the declining economic conditions in many parts of the world, we might have seen a larger reduction in steel exports last year than the 5 percent reduction we actually saw. Even as the U.S. enjoyed relatively stronger growth for much of 2014, many other nations struggled, which surely decreased their demand for steel. In addition, a strong U.S. dollar effectively increased the price of this nation’s exports. The outlook for 2015 is uncertain, with the global economy still shaky, and unrest in the Middle East and Ukraine threatening to spread instability. Even the U.S. economy cooled off in the 4th quarter, with 2.6 percent growth following expansion in the two previous quarters of 5 percent and 4.6 percent. When combined with a decrease in demand for steel in the U.S. energy sector as a result of falling oil prices, these factors could put significant pressure on steel sales this year.