2014 Aluminium Production in the GCC 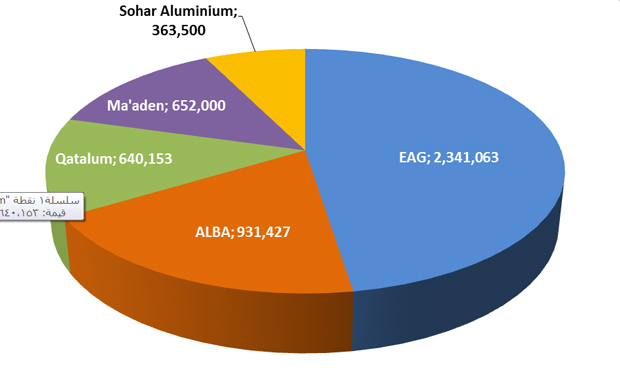 The main increase has come from Ma’aden Aluminum, A Saudi Arabia start-up which was successfully ramped up during the year, and EMAL Phase 2 project completion before the target date.

The production for 2015 is expected to be more than 5 million tons.

GCC remains to be one of the leading hubs for the aluminum business where 40% of its production utilized by the downstream aluminium industry in the Gulf for Regional and International market, while the balance of the primary aluminium production are exported to different regions of the world.

GCC Aluminium production is of the highest quality and the plants are modern and environmental protection regarded to be the most advanced in the world.