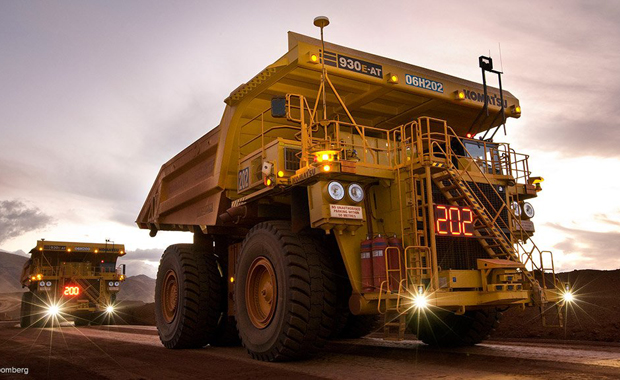 Miningweekly – The mining sector was one of the largest contributors to Australia’s 0.5% growth in gross domestic product (GDP) during the December quarter, the Australian Bureau of Statistics (ABS) revealed this week.
Figures from the ABS showed iron-ore mining added about A$60.2-billion in gross value, while coal mining added another A$21.1-billion and the mining industry as a whole contributed A$134.6-billion.
Minerals Council of Australia CEO Brendan Pearson commented that while the mining industry was faced with a constrained environment, it was important not to take for granted the gains secured from a larger mining industry and the extent to which they endured.
“If the growth in mining had been zero in the year to December 2014, then the Australian economy would have been A$134.6-billion smaller in seasonally adjusted terms, and Australia’s GDP for the year to December 2014 would have been A$1.444-trillion instead of A$1.578-trillion in seasonally adjusted terms.”
Pearson added that without input from the mining industry, Australia’s trend growth rate for the year to December 2014 would also be 1.8% instead of 2.3%.
“[The] national account figures reflect just how important the long-term success of the mining industry is to the overall national economy,” Pearson said.
Meanwhile, the Queensland Resources Council (QRC) pointed out that the ABS figures had revealed a 1% contraction in the Queensland economy during the same quarter, and a 2.5% contraction in the full year ended December.
QRC CEO Michael Roche said that although the December figures showed sluggish growth across the country the results next quarter would tell a different story.
“The figures for demand in Queensland clearly reflect the reduction in private investment, which fell 3.5% in the December 2014 quarter. These figures are not unexpected as we move from investment to exports and the ABS March quarter accounts will reflect the first quarter of liquefied natural gas (LNG) exports out of Queensland.”
Roche said Queensland would be a major player in the global LNG market, and was set to produce 25-million tonnes a year of LNG by the end of 2016.
He added that other parts of the Queensland resources sector were also making a major contribution, including record volumes of coal exports in calendar year 2014.
“As the industry moves out of the investment phase into production stage, we should not forget that resources is still responsible for supporting one in every five Queensland jobs and underpinning one in every four dollars of the state’s economy.”
In its ‘World Energy Outlook 2014’, the International Energy Agency said the future prospects for Australia remained positive as economic growth in highly-populated emerging economies would sustain increased demand for energy commodities.
“The report forecasts Australia will regain its position as the world’s largest coal exporter on the back of strong growth in demand from Asia and fossil fuels will still make up about 75% of global energy supply by 2040,” Roche said.