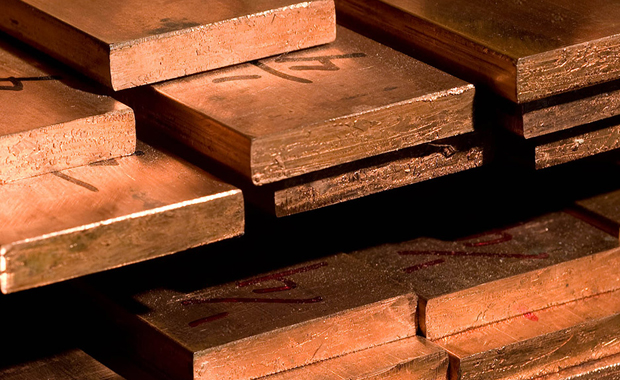 Reuters – London copper was headed for a weekly loss as a stronger dollar dented appetite for commodities, while traders said it was too soon after China’s Lunar New Year break to determine the demand outlook in the world’s top user of metals.

In the short term, the market is waiting for a key U.S. jobs report later that could pile more pressure on commodities if it supports the case for a rise in U.S. interest rates in coming months.

In the medium term, downside risk prevails, given a significant fall in the cost of production that could lower the floor price for copper, said analyst Mark Keenan of Societe Generale.

“For copper, the widely understood floor of $5,500 a tonne is actually $1,000 cheaper if you factor in the currencies and the oil price fall, which is a significant relaxation for people looking at cost floor dynamics as a gauge of potential price support,” he said.

Three-month copper on the London Metal Exchange fell 0.6 percent to $5,800 a tonne by 0711 GMT, after closing little changed in the previous session. Copper was facing a weekly loss of around 1.6 percent, its biggest decline in six weeks.

A Hong Kong based trader said he expected premiums for copper in Shanghai bonded zones to firm, but this would not necessarily indicate strength in consumption because China bought less copper on term contracts this year. “I can’t see demand strong enough to support a $6,000-plus level,” he said.

China must implement an expansionary fiscal policy this year to help prevent a sharp slowdown in the economy, Finance Minister Lou Jiwei said on Friday.

In other metals, bonded nickel premiums jumped by $20 after a city in eastern China closed several factories, including many steel and nickel pig iron producers, as the government steps up enforcement of a new environmental law in the face of growing public discontent over pollution. NI-BMPBW-SHMET

The dollar hovered at near 11-1/2-year highs against a basket of major currencies on Friday. A stronger dollar makes commodities more expensive for holders of other currencies.

Across other metals, LME lead sank by 1.5 percent, eroding gains of around 2.5 percent from the previous session, but still looked set to notch its biggest weekly gain since Jan 2014, at almost 4 percent.

“Recently there are some lead enquiries in Asia,” said a source at a lead smelter, as scrap dealers buy low 99.97 purity LME lead instead of scrap batteries which have become more expensive. “We have not seen actual demand increase (yet), since Lunar New Year is just over,” she said.
($1 = 6.2645 Chinese yuan renminbi) 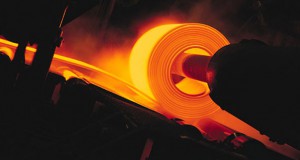