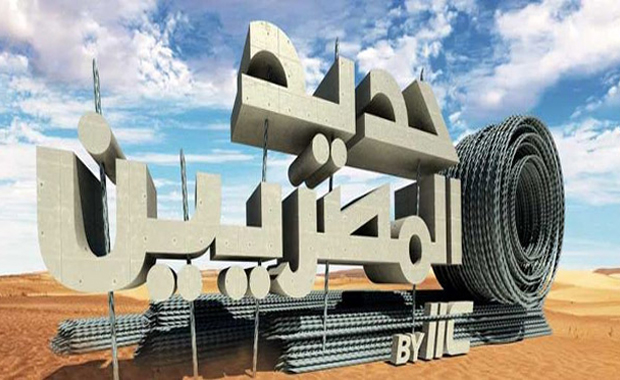 In addition to its plants in Alexandria and Port Said, it aims to launch a 3.5 billion Egyptian pound (USD460 million) facility in the Nile city of Beni Suef this July or August with an annual capacity of 1.36 million tons.

It also hopes to start a factory in Ain Sukhna on the Red Sea by mid-2016, said Abou Hashima.

“We are seeking to acquire 20-25 percent of market share after production starts in all of these factories,” he said. Egyptian Steel currently claims 10 percent of the market.

“There is strong demand in the market and we expect that there will be growth.”

The expansion plans reflect growing optimism that the economy can recover after years of turmoil triggered by the uprising that toppled autocrat Hosni Mubarak in 2011.

Egyptian Steel currently produces 800,000 tons of Rebar steel per year and aims to raise capacity to 3.5 million tons annually once its new projects are completed.

Abou Hashima said it was looking at a feasibility study for a fifth factory that would be powered by coal.

Egyptian Steel was established in 2010 as a joint venture between Egyptian and Qatari interests that brought together three existing firms. Egyptian Steel now has capital of about 2.2 billion Egyptian pounds (USD290 million) and plans to raise a further 350-400 million.

Abou Hashima reiterated it is preparing for an initial public offering, but added: “We must finish the factories first.”