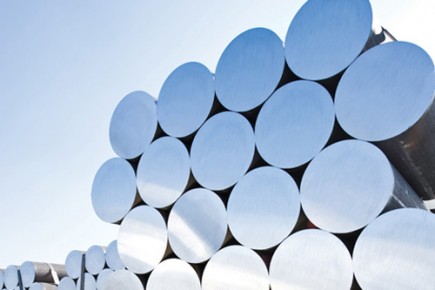 AA — The aluminum industry in the United States and Canada saw year-over-year demand growth of 5.0 percent through the end of 2014. This according to preliminary data released today in the Aluminum Association’s monthly “Situation Report.” The estimated 25.5 billion pounds (1,133,981 mt) of aluminum shipped by North American producers and fabricators last year is the largest shipment total for the industry since 2006.

“We’re seeing steady demand growth across many of our key markets,” said Ryan Olsen, Vice President of Business Information & Statistics for the Aluminum Association. “Orders of aluminum mill products are also on the rise, a leading indicator of continued growth for the industry into 2015.”
The “Aluminum Situation” is a monthly report of key statistical indicators on all segments and aspects of the U.S. and Canadian aluminum industry.. More information is available at www.aluminum.org/statistics.
Among the key findings in the latest Situation report, in the United States and Canada:
The industry shipped 25.5 billion pounds of aluminum through the end of 2014, a 5.0 percent increase in demand over 2013.
Apparent consumption of aluminum (demand less exports) in domestic markets totaled 22 billion pounds through the end of 2014, a 7.3 percent increase over 2013.
Total mill product shipments grew 4.5 percent in 2014, led by growth in the extrusion, foil and sheet and plate markets.
New orders of aluminum mill products rose 3.9 percent in 2014 and are up 3.0 percent in January year-over-year.
Secondary recovery – or recycling – of aluminum is up 4.1 percent year-to-date through November 2014. (U.S. only)
Primary aluminum production declined 7.1 percent in 2014 and was down 4.0 percent year-over-year in January.
Imports of aluminum (excluding U.S./Canada cross-border trade) rose 20.2 percent in 2014 to 5.5 billion pounds while exports declined 6.8 percent to 7.4 billion pounds.
“The growth in North American demand for aluminum in 2014 was all the more impressive given the harsh winter weather the region experienced at the start of the year, and the significant impact it had on operations,” Olsen said. “Demand grew just eight-tenths of one percent year-over-year during the first four months (January – April), compared to a year-over-year increase of 7.1 percent over the final eight months.”
According to this latest data, demand for aluminum has grown by 38.3 percent since the depths of the Great Recession in 2009 and the industry continues to expand. Over the past two years, Aluminum Association member companies have announced domestic plant expansions and planned investment totaling more than $2.3 billion. These investments are intended to capture and meet anticipated demand growth for aluminum in the automotive sector as automakers strive to make lighter and more fuel-efficient vehicles. The investments announced to date could increase industry auto sheet capacity by more than 2 billion pounds over the next decade.