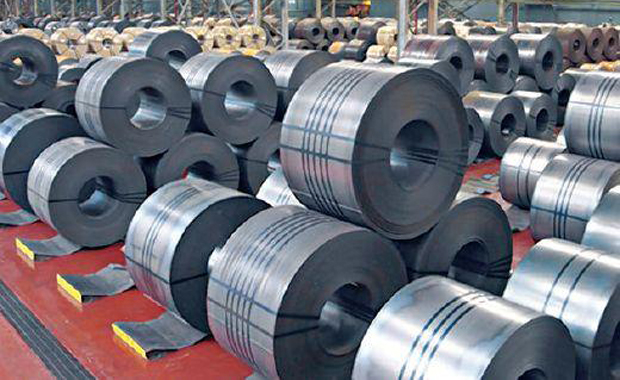 ArabMetal – Falls Church, VA. March 11, 2015. Amidst a steep jump in steel exports to one minor trading partner, and a sharp drop in shipments to another, total steel exports by the United States in January were nearly unchanged from last December. According to American Institute for International Steel (AIIS) press release published today.

The 925,429 net tons of steel exported by the United States in January were 0.4 percent less than in the previous month, and almost 4 percent less than in January 2014. Exports to the European Union increased 30.4 percent from last December to 31,594 net tons, which was a third more than last January’s total. That increase was more than offset, though, by an 81.5 percent drop in exports to Brazil, which fell to just 3,488 net tons. This, however, was still more than double the January 2014 total. Those numbers, in any case, are tiny when compared to exports to the United States’ North American Free Trade Agreement (NAFTA) partners. Exports to Canada were up 2.3 percent in January to 480,855 net tons – 9 percent less than a year earlier – while exports to Mexico slipped 0.8 percent to 337,599 net tons – just over 1 percent higher than last January.

While numbers from minor trading partners may be interesting, the total amount of steel exported by the United States. is obviously driven largely by trade within the NAFTA countries. Canada and Mexico combined account for around 90 percent of our steel exports, so the economies of those two countries are among the key indicators for the vitality of the United States domestic steel industry. The numbers coming into 2015 are positive, but middling: Canada posted 2.5 percent growth in 2014, and the Mexican economy grew at a 2.1 percent annual rate. While those numbers were improvements over 2013, analysts have become more pessimistic about continued forward progress,, with forecasts both north and south of the border recently revised downward. Predictions are not reality, of course, but if economic growth in Canada and Mexico this year comes in at around 2-3 percent, United States steel exports will probably not show significant gains.