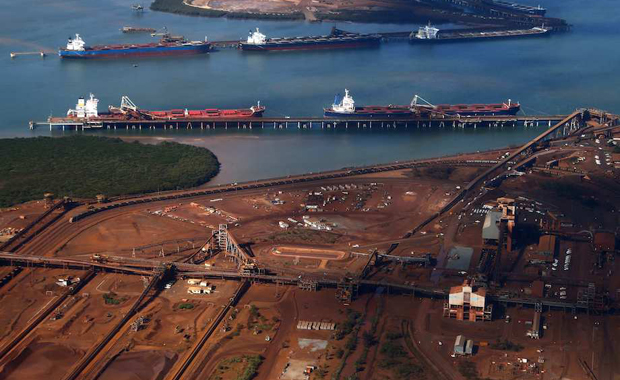 US-based mining company Cliffs Natural Resources on Wednesday blamed Australia for a dramatic fall in ore prices and warned that its central bank may one day be called to explain anti-competitive practices.
Lourenco Goncalves, president of Cliffs Natural Resources Inc, said his company was quitting the Australian iron ore business and putting its one mine in the country up for sale to focus on the more promising US market.
He said Rio Tinto and BHP Billiton had embarked on separate campaigns to saturate China with tens of millions of tonnes of Australian ore to drive out local competitors.
Goncalves told an industry conference that the Reserve Bank of Australia had manipulated its currency to help BHP Billiton and Rio Tinto displace Chinese domestic production of iron ore to their benefit.
BHP declined comment, and Rio Tinto and the Reserve Bank of Australia were not available for immediate comment.
The Australian dollar has lost about 17% of its value against the US dollar since last September.
"That would be a difficult point if one day Australia has to defend that in the WTO," he said, referring to the World Trade Organisation.
Goncalves has previously said the market was misinformed in the belief that low iron ore prices would force Chinese producers out of business, and that it would be the Australian and Brazilian miners who would be left bleeding.
Cliffs runs the fifth biggest iron ore export business in Australia and also owns coal and iron ore mines in North America.
Iron ore prices have sunk to historic lows amid rising supply, mainly from Australia and Brazil, where major expansion work is in progress to supply tens of millions more tonnes into the sea-borne market this year. Analysts see little prospect of prices turning around this year.
Rio Tinto iron ore head Andrew Harding on Tuesday defended his company's strategy of shipping more ore to China in hopes of increasing its market share among local steelmakers.
Weak ore prices meant the market was being closed to all but the lowest cost producers capable of withstanding downturns in the pricing cycle, according to the Rio Tinto executive.
Goncalves also said Rio Tinto and BHP along with Brazil's Vale would have to defend their decision to increase output to shareholders as ore prices continues to fall.
"During these past 13 months, just by these three companies, an amount of more or less $50 billion EBITDA was destroyed," Goncalves said.
He said there were several "tyre kickers" looking at potentially acquiring Cliff's Koolyanobbing iron ore mine in Australia, which holds enough ore to operate for four to five more years.