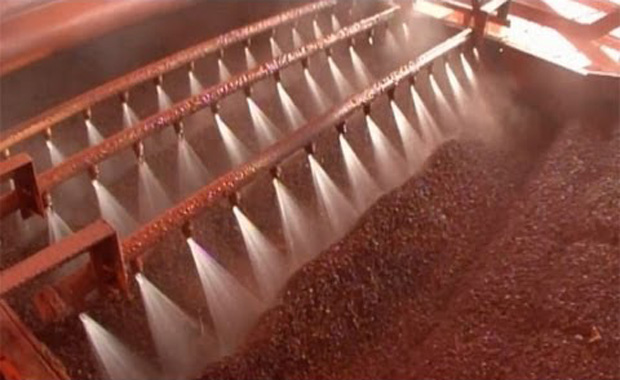 The NYSE-listed company, which earlier this month said that a review of its operations to cut costs could impact 14% of its global smelting capacity and 16% of its global refining capacity, said it had agreed to pursue a transaction for a government-owned entity to acquire the Suralco operations.

Alcoa had been transforming its business focus in recent years, increasingly depending on the higher-margin downstream market. The company had already curtailed about 1.3-million tonnes of smelting capacity since 2007. The company aimed at lowering its position on the world alumina cost curve to the 21st percentile and on the aluminium production cost curve to the 38th percentile, by 2016.

The curtailment, which represented one digester, was expected to be complete by April 30.

“Reducing the production of the refinery will assist in extending the life of the operations as we continue to work with the government of Suriname on the transaction. We are committed to working with the government to find the best solution for the Suralco facility,” Alcoa global primary products president Bob Wilt said on Tuesday.

In October last year, the Suriname government and Alcoa signed a memorandum of understanding reflecting both parties’ intent to find a solution for the future of Suralco, which operated in a challenging global environment, with limited bauxite reserves, and lacked a long-term energy solution. The resulting discussions between the parties had led to the government’s decision to sustain the bauxite industry in Suriname, Alcoa said.

The potential deal to acquire the Suralco operation would include the mining, refining and Afobaka hydroelectric operations and the parties expected to strike an accord by July 1, after completed due diligence.

Alcoa undertook to work closely with unions and employees to reduce the impact of the curtailment on affected employees by offering fair severance packages. The Paranam refinery and related mining operations employed about 700 people, as well as contracted personnel.

The company did not expect the net financial impact associated with the curtailment to be material to the company’s earnings.

Suralco’s total refining capacity is 2.2-million tons a year, with 876 000 t/y currently idled. Suralco was part of the Alcoa World Alumina and Chemicals group of companies owned 60% by Alcoa and 40% by Alumina Limited.