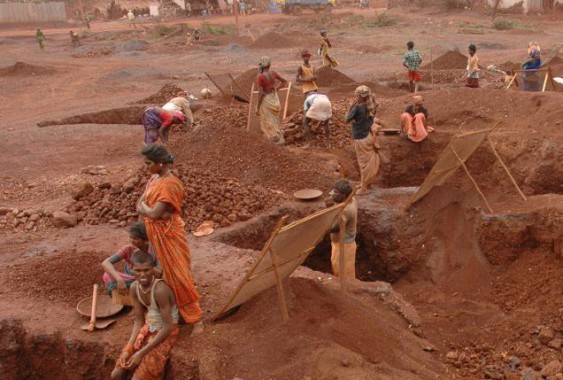 EconomicTimes – Mines of as many as 10 minerals including iron ore and bauxite will be auctioned for the first time under simplified and transparent rules to attract investment in the sector, Mines Minister Narendra Singh Tomar said today.

With Parliament approving the Mines and Minerals (Development and Regulation) Amendment Bill, 2015 "allocation will become transparent and corruption will stop," he said.

The new law seeks to bring transparency in allocation of mines of 10 mine ..

"Exploration (of minerals) will get a boost. Process will be simplified and investment will come in," he said.

India was once the world's third-largest exporter of iron ore, but is importing heavily now after court ordered action against illegal mining.

Tomar said mines will be allocated through e-auction, similar to the process used for allocating coal mines. "Mines of 10 major minerals, coming under the Central government, will be allocated only through auction now," he said.

The Mines and Minerals (Development and Regulation) Act, 1957 regulates the mining sector in India and specifies the requirement for obtaining and granting mining leases for mining operations.

The new law creates a new category of mining license i.e. the prospecting license-cum-mining lease, which is a two stage-concession for the purpose of undertaking prospecting operations (exploring or proving mineral deposits), followed by mining operations.

While the current law provided for a mining lease of a maximum 30 years and a minimum of 20 years, which could be renewed for another 20 years, the Bill provides for a 50 year mining lease.

On expiry of the lease, instead of being renewed, the leases shall be put up for auction, as specified in the Act.

The Bill provides that the central government may reserve particular mines for a specific end use and allow only eligible end users to participate in the auction.

Tomar said the Bill provides for the creation of a District Mineral Foundation (DMF) for the welfare of persons in districts affected by mining related operations.

Licensees and lease holders shall pay the DMF an amount not more than one-third of the royalty.

A National Mineral Exploration Trust (NMET) shall also be established by the central government for regional and detailed mine exploration. Licensees and lease holders shall pay the NMET two per cent of royalty.