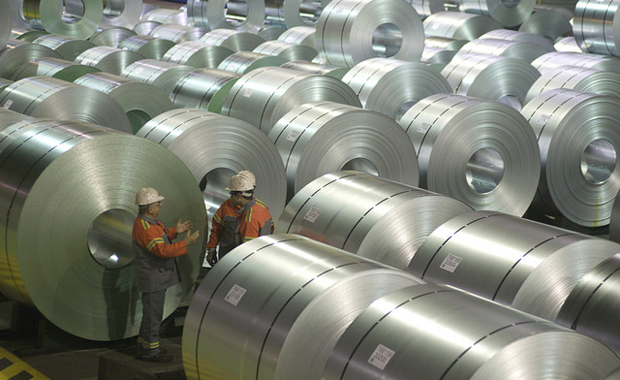 EconomicTimes – Tata Steel said the Indian steel industry is seeking support from the government to face the challenge posed by import of steel from China and ther countries at much lower prices.

"Indian steel industry is struggling because a lot of cheap imports are coming in, including from China, and they have approached the government. Let's see what happens," Tata Steel Managing Director T V Narendran told reporters on the sidelines of a CII event.

Asked about the impact of increase in import duty on steel in Budget proposals for 2014-15, Narendran said: "In the budget they have only increased the peak duty, they have not increased the basic duty so that's something we are discussing with the government."

He said the current import duty on steel in India was among the lowest in the world and if the government wanted to encourage local manufacturing and local investment, then there should be some sort of support.

According to his estimates, total steel import by India in 2014 was around 8 million tonnes.

India's steel imports during the first 10 months (April-Jan) of 2014-15 stood at 8.127 million tons, up 69 per cent as compared to only 4.803 million tons imported during the corresponding period of 2013-14, according to India Steel Market Watch data.

There is also a concern because in Russia the rouble is ruling very weak and that is also creating a pressure, Narendran pointed.

Asked about imposing dumping, he said: "That is the point of discussion because dumping is a very technical definition, but what industry is saying that there should be some sort of support because establishing dumping cases take some time."