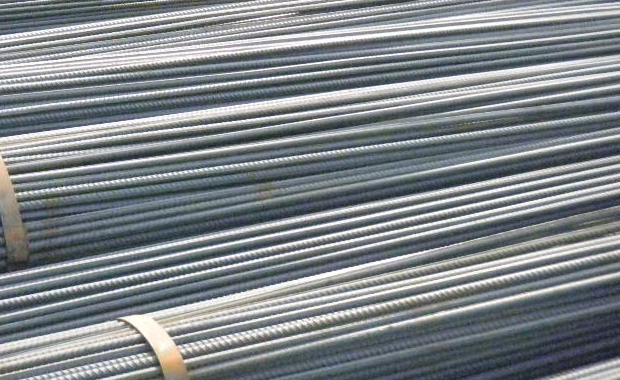 Reuters – Chinese rebar futures rose to their highest level in nearly three weeks on Tuesday as tougher environmental checks forced some steel mills to curb production just when demand in the world's top consumer is expected to start picking up.

Some steel mills in the northern Chinese province of Hebei have cut production this week as local authorities stepped up the war on pollution, traders said.

That encouraged some traders to raise prices by up to 200 yuan ($32) a tonne over the weekend, while some have held back sales in expectation of a further rise in prices.

The benchmark October rebar contract on the Shanghai Futures Exchange hit a high of 2,574 yuan, the loftiest level since March 4, before easing to 2,557 yuan, a rise of 1.5 percent, as of 0241 GMT.

"Production cutbacks by Chinese steel mills are deeper this year than before, easing the supply glut. Once demand improves for seasonal reasons, steel prices will get a boost, supporting iron ore," said an iron ore trader in Shanghai.

The rally in steel prices pushed up iron ore by more than 3 percent in opening trade on Tuesday.

As of 0241 GMT, iron ore futures for September delivery on the Dalian Commodity Exchange were up 1.6 percent at 439 yuan.

However, some traders have questioned whether the rally can be sustained as the world's No.2 economy loses momentum and a glut of the raw material continues to weigh on the market.

Activity in China's factory sector dipped to an 11-month low in March as new orders shrank, a private survey showed, suggesting continuing weakness in the economy that will probably bring calls for more policy easing.

Benchmark 62 percent grade iron ore for immediate delivery to China .IO62-CNI=SI fell 1.5 percent to $54.20 a tonne on Monday, according to the Steel Index, the lowest since it began compiling prices in late 2008.