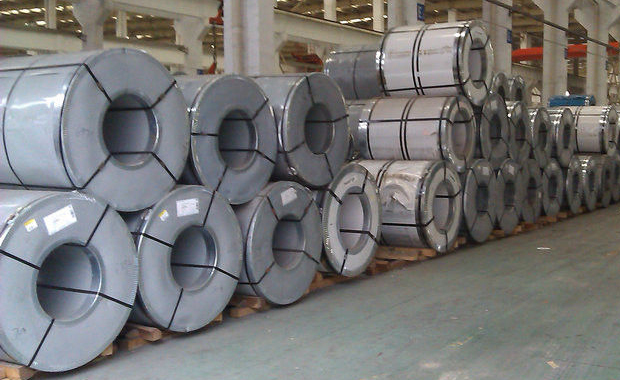 EUROFER – The European Commission has imposed provisional anti-dumping duties of up to 25,2 % on stainless steel cold rolled flat products (SSCR) imports from PR China and up to 12,0 % on imports from Taiwan, following the complaint which was filed by EUROFER in May 2014.The Commission’s investigations have confirmed that imports of SSCR from China and Taiwan were sold at dumped prices and caused significant injury to the EU stainless steel industry.

Imports in volume from China and Taiwan grew by 70 % between 2010 and 2013 and their market share in the Community market increased by 64 % in the same period. With an average EU price undercutting of 10,5 % the increasing dumped imports from China and Taiwan did not allow the EU industry to maintain its market share or become profitable. Further, the pressure from these imports worsened dramatically in 2014 with a volume growth in excess of 200 % and a market share expansion of 180 % vs. 2010. “This surge of imports bears no relation with the evolution of the EU market consumption. The root of the problem resides in the huge capacities that have been built in China. They largely exceed local consumption growth and cannot be absorbed domestically. Taiwan has also a structural over-capacity problem. In recent years, the EU stainless steel industry has made painful efforts to restructure, to reduce over-capacities, to improve its performance and to maintain world benchmark competitiveness. But at the same time, China has been subsidizing the expansion of its stainless steel industry which is now flooding the global market and displacing trade flows. It is not admissible that our efforts be taken away by a surge of unfair imports” says EUROFER Director General Axel Eggert.

Since the 14th August 2014, the European Commission is also conducting an anti-subsidy investigation against SSCR imports from China and the provisional results should be made known in two months‘ time.

“We welcome that the new Commission is taking action to remedy unfair trade practices. EUROFER has always claimed that ensuring fair conditions of competition at international level must be part of the new EU industrial policy framework. The imposition of these remedial measures by the Commission will not limit competition on the EU market. Indeed, in addition to sales by EU producers, who have enough capacities and can provide the full range of products, there is abundance of offer from other non-EU countries not subject to trade measures. China and Taiwan will also be able to continue supplying customers when selling at non-injurious conditions.” adds Eggert.

The European Union will impose punitive anti-dumping duties from Thursday on imports of stainless steel cold-rolled sheet from China and Taiwan, according to a notice on Wednesday in the EU's Official Journal.

The EU will apply tariffs of about 24-25 percent for imports from China and of about 11-12 percent for Taiwanese product, following a complaint lodged in May 2014 by the European steel producers association, Eurofer.

Eurofer has said China and Taiwan shipped 620 million euros ($677.7 million) of cold-rolled stainless steel into the EU in 2013, some 17 percent of the overall market, and were guilty of dumping, or selling at unfairly low prices.

The duties, set by the European Commission, are provisional pending the outcome of an investigation due to end in September.

The figures are in line with those reported exclusively by Reuters this month.

For Taiwanese manufacturers, the rates are 10.9 percent for Tang Eng Iron Works Co, Yieh United Steel Corp (Yusco) and cooperating companies and at 12.0 percent for Chia Far Industrial Factory Co and other companies that did not cooperate with the EU investigation.

A parallel investigation into alleged illegal subsidies for Chinese producers is also due to end in September.