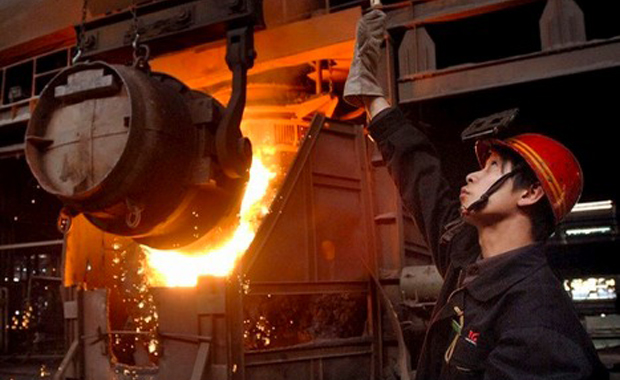 Reuters – China will aim to cut as much as 80 million tonnes of excess steel capacity in the next three years to tackle a massive supply glut that has plunged much of the sector into crisis, a government official said on Saturday.

Speaking at an industry forum, Luo Tiejun of the raw materials department of the Ministry of Industry and Information Technology (MIIT) said China would publish a new 2015-2017 action plan to restructure its bloated steel sector before June this year.

"The main task is still to strengthen the market position of enterprises and improve the overall competitiveness of the sector," Luo said.

According to the draft plan, China will cut the number of steel enterprises to "around 300", down from more than 500 currently, and would also strive to achieve zero energy growth from the sector and a cut in emissions by 2017, Luo said.

Last week, in a separate development plan for the sector, the industry ministry said it would aim to put 60 percent of total steel capacity under the control of its 10 biggest enterprises by 2025, 10 years behind an original schedule.

China has long struggled to resolve a capacity glut now amounting to around 300 million tonnes of annual production, with growth-obsessed local governments encouraging local enterprises to expand as quickly as possible.

Officials now say the industry is facing its worst crisis yet, not only as a result of slowing economic growth and a state vow to tackle pollution, but also amid long-term changes in steel consumption patterns.

Though prices of the key raw material iron ore have halved over the past year, Chinese mills still suffered losses in January and February, and "economic slowdown pressures" have got worse since 2014, said Liu Zhenjiang, vice-chairman of the China Iron and Steel Association.

Zhao Xizi, chairman of the All-China Chamber of Commerce for Small and Medium-Sized Metallurgical Enterprises, said the woes facing the sector were only just beginning.

He said steel intensity – or the amount used per 10,000 yuan of GDP growth – had already fallen from 174 kg in 2007 to 100 kg in 2014, and would drop further to 70 kg in the next few years as the structure of China's economy changes and steel production finally peaks.

"By around 2019 steel production will have passed its peak and will begin to go downwards," he said. "The real winter for the sector, and the period where overcapacity will really be the most serious, will come after 2018."