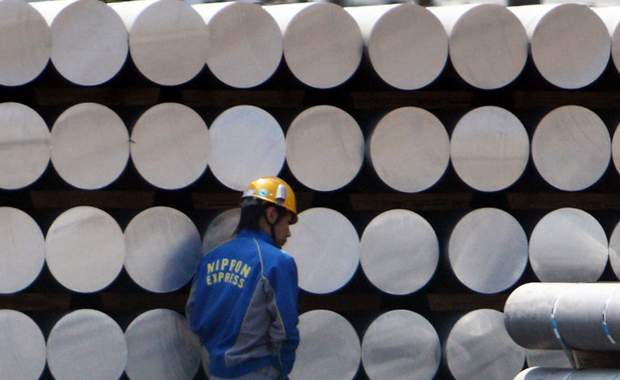 Reuters – Japan’s aluminium product demand, including for exports, is expected to grow 1.8 percent in the financial year starting April 1, backed by rising demand for cans for coffee beverages and a rebound in construction market, an industry body said.

“Japanese economy is improving thanks to ‘Abenomics’ while export is also growing on the back of a weaker yen,” Takashi Ishiyama, chairman of Japan Aluminium Association (JAA), told a news conference, referring to Prime Minister Shinzo Abe’s policy to revive the economy.

“Although demand in construction and automobile markets was hit by a sales tax hike last April, we expect it will gradually recover in the next business year,” he said.

Overall demand of aluminium products is forecast to increase to 4.16 million tonnes in the year to March 2016 from 4.09 million tonnes this year, which marks a 2.6 percent climb.

Of that, domestic demand will grow 1.9 percent, buoyed by a switch by a beverage maker to aluminium cans from steel for coffee drinks. Export is seen growing 1.1 percent.

Aluminium ingot stocks held at three major Japanese ports climbed for an eleventh month to a record high at the end of February due to robust imports.

Many aluminium ingots were heading to Japan to look for buyers as demand elsewhere in Asia is faltering and China is expanding exports of cheaper aluminium products to neighbouring countries, according to traders.