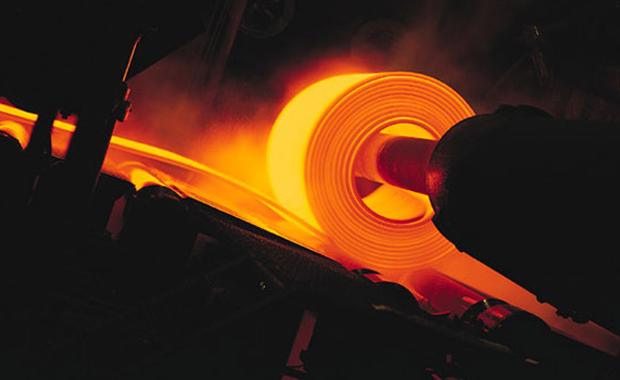 Reuters – Japan's crude steel output for April-June is forecast to drop 7.8 percent from a year earlier to the lowest for the quarter in six years, the Ministry of Economy, Trade and Industry (METI) said on Thursday.

The fall would mark the latest in a series of signs of economic slowdown, clouding the outlook for Prime Minister Shinzo Abe's drive to reflate the economy and spurring calls for more monetary stimulus.

The ministry predicted crude steel output would sink to 25.51 million tonnes in April-June, the lowest output for the quarter since 2009 when steel demand was hit hard by the global financial crisis.

Japan's inventories of ordinary steel products for the domestic market were estimated at 5.93 million tonnes at the end of March, which is worth 1.48 months of domestic supply, METI said.

"That is fairly high," Yamashita said.

Slumping demand for energy-related steel products such as drilling pipes and linepipes in the wake of plunging oil prices was also weighing on export demand, Yamashita said.

Demand for steel products, including those for export, is forecast to sink 3.8 percent to 23.21 million tonnes in April-June compared with a year earlier, the ministry said, citing an industry survey. Steel product exports are forecast to decline 3.5 percent.

Exports of special steel products, including drilling pipes for the January-March quarter, are now estimated at 1.65 million tonnes, below an earlier forecast of 1.73 million tonnes, METI said.