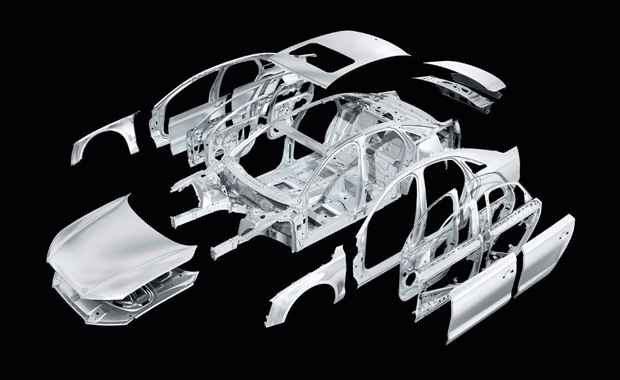 Platts – Availability of aluminum alloy in the European physical market has stayed tight as demand from consumers — primarily those producing parts for the automotive industry — for April, May and June delivery remains strong.

Consumption levels have risen, not just in Germany, but also in markets such as Italy, France and Spain, markets that were badly hit by the recession.

"The central and western European car markets have performed better than expected and should show a growth of 10% this year with the better economic situation in Europe," said a German alloy producer.

"During the recession, Italy and Spain saw their auto sales fall by around 20%…and at the same time Italian alloy production increased so they were forced to sell into more lucrative markets such as Germany," said the producer.

Higher demand in Italy has seen domestic producers focus more on the home market, he said. The German car market is forecast to rise by some 8-9% in 2015, he added.

Ever-tightening supply has seen spot prices for 226, the key grade of alloy, rise rapidly over the past two months culminating in price levels of around Eur2,000/mt ($2,153/mt) delivered.

"We're sold out for April and almost full for May," said an Italian alloy producer who added that buyers were currently more interested in procuring quantities than the actual price level paid.

He also said that there were a number of diecasters who had been forced to purchase alloy at short notice because of non-delivery of material.

"We heard some small producers are just not delivering because they can't source scrap at the right price," he said.

European scrap availability has tightened partly because of higher demand for ingot, but also because the fall in the euro against the US dollar has encouraged exports to Asia.

"It's nice to have an open market but scrap is a raw material. It's not waste. We should be more protective over our scrap," warned a European market source.

Spot market prices were seen at either side of Eur2,000/mt delivered this week. Larger producers, predominately in Germany, Italy and Poland, who are sold out for the next two months were heard quoting price levels at a minimum of Eur2,050/mt delivered and up to Eur2,100/mt.

But the majority of quarterly buyers have already booked for April and May (and even June) and so far there has not been huge spot quantities done at this level. Similarly, traders and smaller producers with quantities to sell have picked up sales at just below Eur2,000/mt, at around Eur1,980-1,990/mt, market sources agreed.

A German trader said he had sold 100 mt for May delivery this week at Eur2,000/mt delivered plus 30 days. He said that the bottom of the market was around Eur1,980/mt and that even though spot demand was quieter because of the upcoming Easter vacation, buying interest was still steadily ticking over.

"If you're looking for a small quantity, say, of around 50-100 mt then you might be able to find something from a trader, not a big producer, at below Eur2,000/mt," said a German diecaster, who added that presently some eastern European and Spanish producers were the most competitive with prices just below this level. With most consumers booked for the second-quarter, the next round of serious buying interest will not emerge until mid-June, he added.

"The big demand [in Q2] is fixed so prices should probably hold at this level or perhaps inch up by Eur10-20 over the next few weeks," he suggested.

Aluminum alloy is produced with aluminum scrap. Scrap dealers and buyers look at the price of primary aluminum quoted on the London Metal Exchange plus premiums, such as the Platts quotation, for market direction.

"The LME aluminum price is actually higher in euro terms [because of the weaker euro against the dollar] by around Eur30-40 since last Friday," said the trader.

He also said that even though the aluminum alloy price was not as low as the primary aluminum price on the exchange no one was really watching it. In any case, sellers of LME alloy ex-warehouse, would be looking for a premium to match physical market prices.