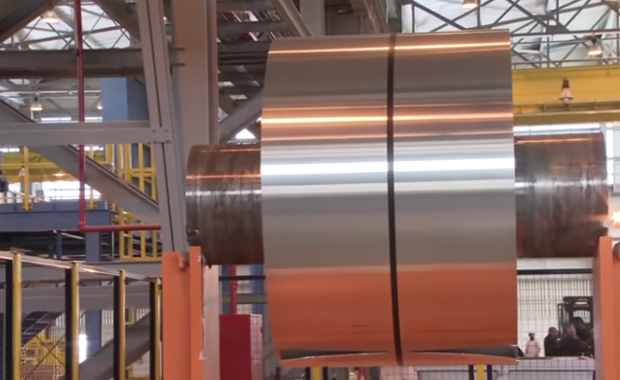 The Arabian Gulf states are a major market for aluminium products and the demand is growing rapidly, according to an Omani official participating in Aluminium Middle East 2015 exhibition in Dubai.

“There is a boom (in the construction sector) in the region and that is healthy for us,” said Issa Salim Al Balushi, Director of Human Resources at Oman Aluminium Rolling Company (OARC).

OARC is a $ 385 million plant and is the largest in the Sohar region. It has a capacity of producing 140000 tonnes of aluminium sheets annually.

Its products are used in a variety of industries ranging from residential and commercial air conditioning, automotive heat exchangers, food containers, foil wrap and has pharmaceutical  and industrial applications, and It exports are primarily to the US, Europe, Asia, Middle East and India.

Al Balushi said OARC is a fully Omani-run company and is owned by Takamul Investment Corporation. OARC provides other employment opportunities for many supporting businesses. The project is part of the Sultanate of Oman’s vision of 2020 to diversify the economy.

OARC is an environmental friendly company and has a low carbon footprint and all process wastes are recycled, according to the plant’s officials.

The company claims to be the only one in the Middle East to use twin belt casting process. This process is used extensively used in the European nonferrous metals industries producing zinc sheet, copper wire rod and copper anode. Its application in the aluminum industry, however, has been in North America and Japan, until now. The plant uses liquid metal from Sohar Aluminium smelter.