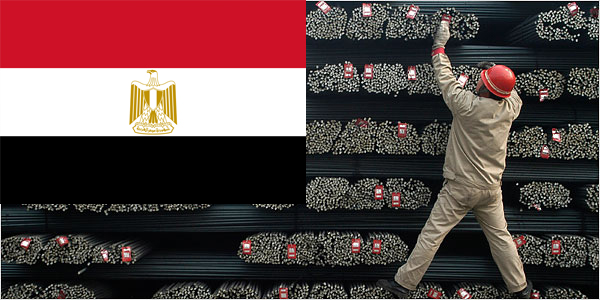 The Egyptian ministry of Industry and Trade announced on April 19th the imposition of 8% definitive safeguard duty on rebar and wire rod imports at a minimum of EGP 408 per ton ($53) valid through October 13th, 2017. This comes on the back of a complaint received from local producers claiming injury from surging imports that amounted to one million tons in 2014 – mostly from Turkey, Ukraine and China – i.e. more than 5 times the quantities received in 2013. The Egyptian government initially levied a provisional 7.3% safeguard duty in October last year pending investigation into the complaint. Six months later and having ascertained the injury claim by producers – according to the ministry sources – the definitive safeguard duty was announced. In line with WTO rules the duty will be liberalized over the 3-year period as follows: